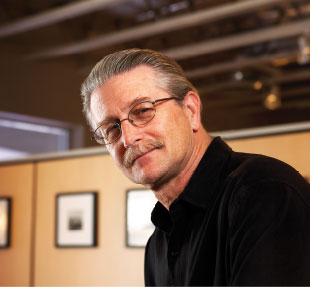 “To respect the beauty of the desert and achieve harmony with its visually fragile landscape requires subordinating the built environment to the natural environment, thus imposing a minimal visual impact on nature’s beauty.”
–Bob Bacon

Bob Bacon has been a student of architecture and the built environment for nearly 50 years.

In that time he has been involved in virtually every aspect of land and community planning, architecture, engineering, construction, and real estate development as well as the marketing and sales of luxury homes, high-end planned developments, world
class resorts and exclusive golf communities.

After studying architecture at Arizona State University in the mid sixties, Bob started his career in architecture and began a life-long journey in the enrichment of people’s lives through the creation of an enduring, high quality built environment.

In the early eighties, Bob specialized in high-end hotels, luxury resorts and clubhouses in exclusive developments and golf communities throughout the Southwest, Florida, Canada and Japan. Some of Bacon’s more notable landmark projects include the Boulders Resort in Scottsdale, the Scottsdale Princess Resort and Conference Center, the Cochise/Geronimo golf clubhouse and the Sonoran Club at Desert Mountain in Scottsdale, the Rimrock Inn in Banff, Alberta Canada, the Shinjo Arden golf clubhouse in Yamagata Prefecture, Japan, and Avatar’s Solivita active adult community in central Florida.

Bob Bacon has been involved as a consultant in the land planning, theme development, design controls and market positioning of several of Arizona’s most successful and prestigious developments, including: the Boulders, Desert Highlands, Desert Mountain, Estancia, Whisper Rock, Terravita and Tusayan in Scottsdale; Anthem in north Phoenix and Monte Vista Ranch in Wickenburg.

Bob Bacon was also instrumental in framing the visions of three distinctly different Del Web communities: Terravita, Sun City Grand and Anthem – three of the most successful community developments on record. In conjunction with this general community consulting work, Bob Bacon established an enviable reputation as a designer of consistently excellent luxury custom homes, and was honored in 2001 by Phoenix Home and Garden as a “Master of the Southwest.”

With his worked steeped in a deep respect for the visual and ecological well-being of our natural environments; an appreciation for the history and ethos of regional cultures, and a sense of responsibility for the sustainable social and economic viability of the built environment, Bob Bacon remains dedicated to creating a legacy of high-quality homes and
communities and building a better world for our successors and heirs.